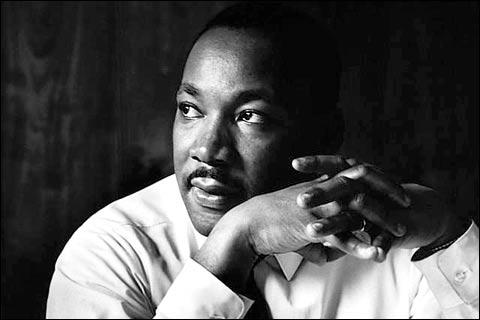 Three days before I was to turn 8 years old, Martin Luther King Jr. was assassinated. What does a child know outside the grieving of her family members on such an occasion? Learning how to play “We Shall Overcome” on the piano and learning to recite passages from his historic “I Have  a Dream” speech were as much a part of my childhood as the schools I attended and the friends I played with. The legacy of Dr. King was in many ways the definition of my generation. I remember how long we campaigned to make Martin Luther King’s birthday a federal holiday. I was 26 before the day of observance was signed into law. Although schools and many businesses were closed on his birthday, I proudly went to work which at that time was as an advertising sales representative for the local newspaper. I believed that my presence at work, especially on King’s birthday, served as a reminder of what he stood for; racial equality, political and legal representation, and both social and economic justice. I took the day off,  however, in 2009, when Barack Obama was inaugurated as the 44th president of the United States on the Martin Luther King Day weekend. Below is an excerpt from “My Secret Barack: Crowning The King” published in 2012, that reveals how for many of us MLK and the soon to be president were tied together in our hearts.

My Secret Barack: Crowning The King 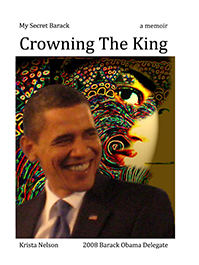 It all began with a nearly imperceptible, but life-affirming collective inhale in 2004 when Barack delivered his Democratic Convention “nice guy with a funny name, blue states, red states, the United States” speech that we heard then for the first time and like lyrics to an alma mater we now know by heart. The breathing strengthened, locomotive gaining speed, with Iowa’s “Yes We Can” speech. Heavy mouth-breathers were all of us after that, watching wide-eyed through the Palin curtain calls. Now with mouth dry and head dizzy with winning votes, we arranged ourselves for the Inauguration in any space that could hold us.

As happy as we were to bear witness, as proud as we were of everything he stood for, as proud as we were of ourselves for electing him, we couldn’t vanquish a very specific fear. Millions in automated campaign contributions, multi-sized t-shirts with Barack’s face and name for every man, woman and child, jubilant, tear-stained faces around the world on election  night  could not quiet what seemed like the unsettling hum of wasps in the distance stirring the forbidden question: Will they kill him? Will they try to kill him? Is now the moment, even with me watching him cross that busy street, sucking the hard candy, stepping into harm’s way, under my steady, guardian-angel gaze, when they try to kill him? Will they do it right in front of our eyes?    At every rally and during every tour, our exhilaration sobered with the knitted brow of secret service and their sniper’s aim from rooftops. Would it happen on the Martin Luther King Presidential Inauguration weekend?

Martin. John. Malcolm. Robert. Will they try to kill him before he becomes the President of the United States? And who among us will also get hurt? Pushing closer and closer to one we have come to worship, some of us silently vowed to take the blow should it come our way.  Others of us swore before the court of our hearts to report what we saw should we see anything that threatened the possibility, still shivering in the dawn of its eventuality: the crowning of our king.

While we celebrate Dr. Martin Luther King’s birthday, we never forget the dream he held for all of us to live in harmony with one another. We can’t forget how he worked tirelessly and at great peril toward that end, and what his sacrifices have come to mean for all of us. The brutality of his death will never minimize  our gratitude for his great effort and the pride we feel, which expands with each year’s passing, when we review his successes. As a dream-life coach working to help others clarify and realize their desires for a more fulfilled life, Dr. King serves as a brilliant example for my clients. I point to King and Obama as examples of people who persevered under great pressure and resistance. They are pillars of light illuminating a path of service and beneficence through shadowy passages of uncertainty in unfriendly environments.  Let’s keep dreaming of the extraordinary lives we want to have and remember that our dreams are only limited by the strength of our convictions, the depth of our imaginations, and our willingness to believe in ourselves.

This entry was posted on January 18, 2016 by KristaNelson in Inspiration, Motivation and tagged Barack Obama, Martin Luther King, MLK.

Be a Leader in Your Own Life

4 out of 5 dentists recommend this WordPress.com site